Symbolic politics at the expense of fundamental rights

Switzerland still in the nativist headlock

Symbolic politics at the expense of fundamental rights

Switzerland still in the nativist headlock

Today, the Swiss electorate approved the popular initiative of the nativist Egerkingen Committee and wrote an illiberal burqa ban into our constitution. Those who think that after the ban on minarets, the series of anti-Islam initiatives burqa ban has now reached its tipping point may prove to be wrong. Operation Libero will fend off further attacks on the liberal foundations of the federal constitution and our liberal society. Yet, the narrow decision shows that the resistance against populist propaganda at the expense of minorities is growing.

Switzerland is back in the headlock of nativists and populists. They set the agenda. They set the tone. They have succeeded in denying the fundamental freedoms to a minority in this country with the dubious arguments of gender equality and public safety. Instead of taking effective measures to enforce equality and fight radicalisation, there is one more symbol anchored into the Swiss federal constitution - as a foreign body in the middle of the catalogue of fundamental rights.

The constitution should not be there to take a symbolic stance, and Operation Libero managed to make a point. It has clearly shown that such fundamental attacks on our basic rights will not be accepted without a fight in the future.

Nativist propaganda at the expense of a minority

The initiators have never made a secret of the fact that that they target the Muslim minority in Switzerland. The initiative stirs up diffuse fears of Islam and constructs a clash of civilizations between "Islam" and "the Christian West". Those who think that after the ban on minarets the ban on burqas will have marked the tipping point will prove to be wrong. Further, even more restrictive, initiatives such as a hijab ban may follow. "Those who live politically from stirring up public opinion must continue to stir up public opinion against minorities," says Stefan Manser-Egli, Co-President of Operation Libero.

Today's decision will open the door to further initiatives directed against Islam. "This concerns us all, because by denying a minority the protection of civil liberties, we are calling into question the protection of fundamental rights as such and thus our liberal constitution," Manser-Egli states. That is why Operation Libero will continue to oppose discriminatory exceptional articles in the constitution.

Curious about the implementation - and ready for the next attacks

"Thanks to the intensive commitment, we have made a decisive contribution to greatly reducing the ‘yes’ share during the referendum campaign," says campaigner Elena Michel. Operation Libero launched a 700-strong non-partisan women's committee and an alliance of civil society. "With our campaign, we were able to initiate a fundamental debate about liberal society and individual freedoms.”

Cantonal legislators will now have to implement this new provision of the federal constitution. Operation Libero will carefully follow this process. Further, the implementation of this symbolic policy is likely to cause collateral damage, especially since the constitution's ban on veiling also does not provide for exceptions for commercial, political and sports mascots. Goodbye, Donald Duck.

The fact that a rough wind blows in referendum campaigns and that arguments and opposing positions are presented in a simplified way is part of it. However, this referendum campaign has revealed a worrying tendency in our society. The proponents of the initiative do not only oppose the freedom of women wearing niqabs in Switzerland and construct an "us against them", they also deliberately try to narrow the range of what could be said by suggesting that anyone who is not on their side is making common cause with the Salafists.

The position that one can be against the burqa and against a burqa ban, that one can (indeed must) stand up for the freedoms of even one's worst opponents, has been systematically portrayed by the ban's supporters as pandering to Islamism. The aim of this manoeuvre is to make legitimate dissent impossible. Anyone who disagrees belongs to the enemy. Instead of responding to the political opponent and engaging with his arguments, the opponent is delegitimized. It is pure poison for democratic discourse, which has found its way into our country together with the burqa initiative.

Out of sheer fear of "radical Islam" (often not further defined) and the political instrumentalisation of this fear, we are destroying precisely what actually makes us strong and also protects us from extremism: Fundamental rights and freedoms. The tendency to silence dissenting voices with this rhetoric must be firmly stopped - in the interest of all our fundamental rights and freedoms. 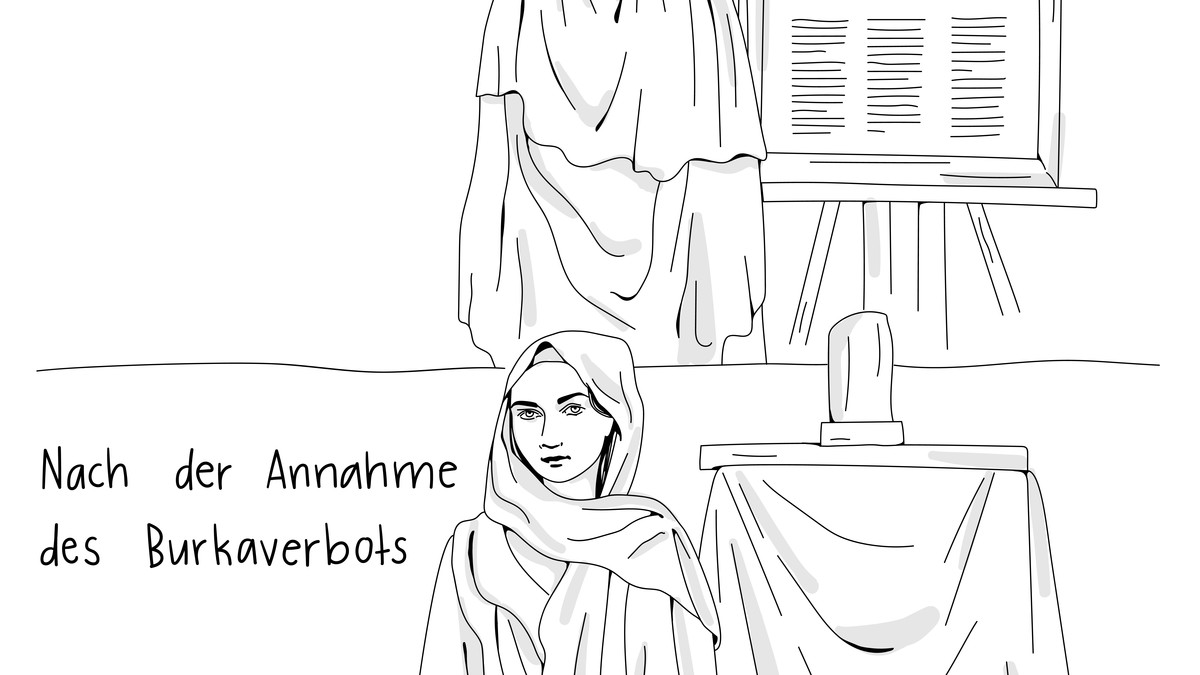