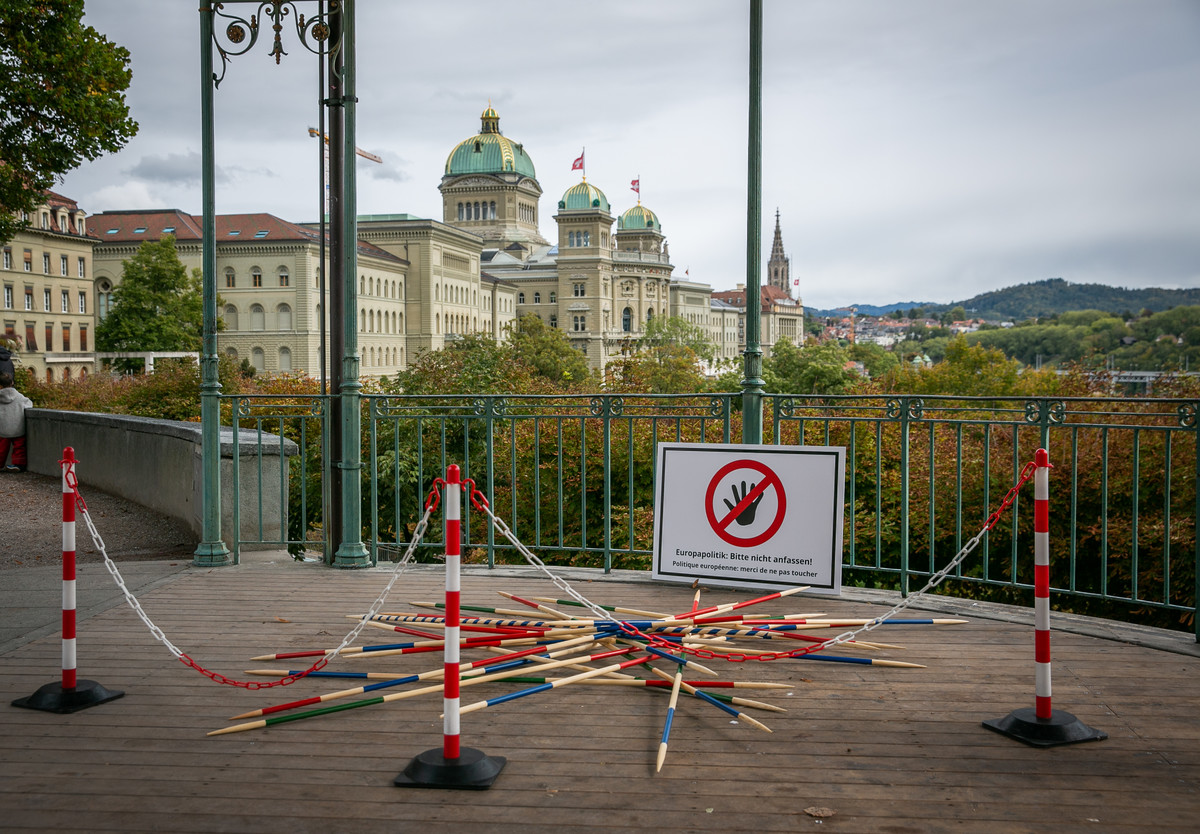 No more "who moves first, loses"

The clear "no" to the termination initiative shows that Switzerland wants to actively shape its future in Europe. It’s high time for the Federal Council and the parties to overcome their inaction on the European agenda and take up the task of shaping our relations with the European Union.

Switzerland wants to continue being part of a Europe that works together, seizes common opportunities and meets challenges together. With the clear "No" to the Swiss People's Party's (SVP) termination initiative, voters once again expressed their support for a close partnership with the European Union (EU).

As an active part of the broad alliance against the termination initiative, Operation Libero has focused its campaign on the human and freedom aspects of free movement of persons: "No human being is only workforce".

For the fourth time in a row, voters have fended off an attack by the SVP on the well-functioning partnership with the EU. In the seventh popular vote, they have strengthened the bilateral approach that Switzerland embarked on 21 years ago. The SVP is called upon to accept the people' s will and to stop throwing sand in the gears of democracy. The party's acts of sabotage of the relationship between Switzerland and the EU must finally come to an end. Voters have the right to actively shape their future in and with Europe in a serious political process. Our country not only needs to secure its treaties with EU partners, it also needs to set new goals for its European policy.

On polling day, co-campaign leader Renato Perlini compared the state of Swiss European policy with a jackstraws game: "Whoever moves first, loses. Everyone is afraid to step out of rigidity." According to Perlini, this has to stop now.

Let's talk about the future instead of ignoring it

The importance of a united Europe is shown not only by the turbulence, crises, and threats of the past decade - but also by the shifts in world politics and the prospects for the coming years. Democracy, the rule of law, and fundamental freedoms must be preserved and defended on the continent - which is the core mission of the European Union.

Switzerland needs to play an active role in shaping Europe’s future. To this end, all political forces must finally overcome their longstanding lack of action on European issues and put an end to their deliberate failure to address the European agenda. There is no way around the fact that the Federal Council and the parties interested in finding solutions now need to put up their political capital to solve the institutional issues - the biggest structural problem for Switzerland as a workplace and research hub, but also for our rights and freedoms in Europe. It is their duty and their responsibility. The voters have made it clear that they want to talk and vote on Switzerland's European future.

Note to the editors:

Renato Perlini
Co-leader of the campaign against the termination initiative

The cul-de-sac as an allegory: Who moves first on European issues loses. Operation Libero breaks the deadlock.