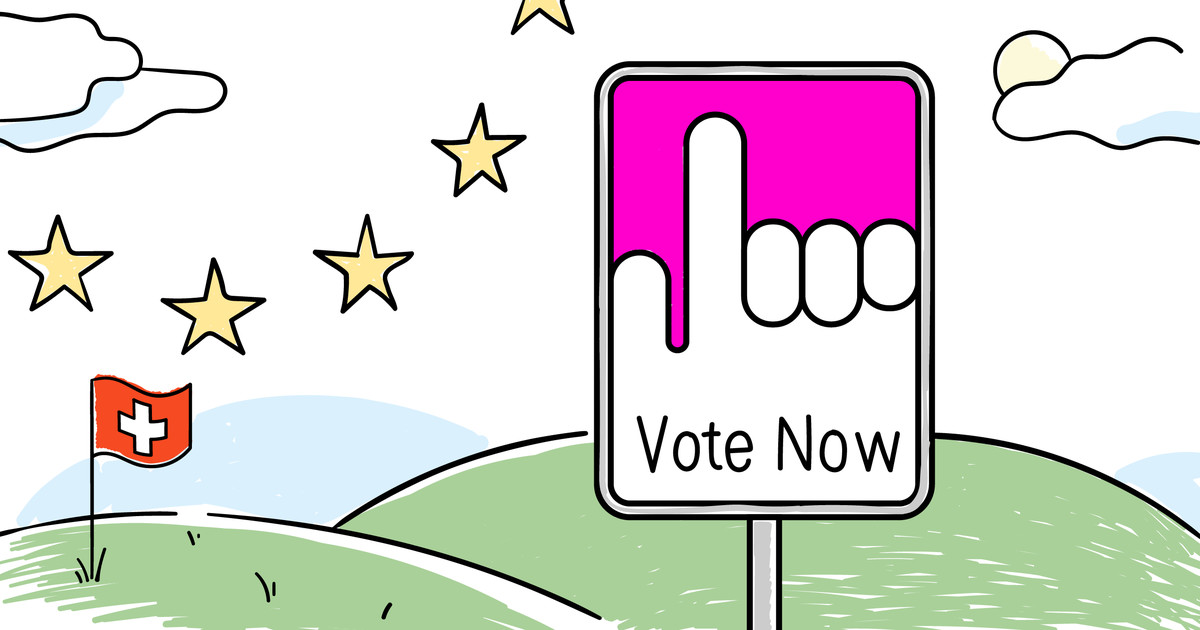 Increasingly loud voices call to kill the draft Institutional Framework Agreement (IFA) between Switzerland and the European Union. Such a move would not only jeopardise the deep relations between the two parties, but also deny the Swiss people an overdue democratic decision. It’s time for a democratic debate: first in Parliament and then among voters. Operation Libero calls for a people’s vote on Switzerland’s European future.

Various voices are currently flirting with the idea of a break-off of the draft Institutional Framework Agreement (IFA). The irony is that precisely those who are calling for a break-off under the pretext of sovereignty are thereby undermining the sovereignty of the voters.

This agreement has been negotiated and renegotiated for years - voters deserve to make their opinion known through the ballot box. The most important ingredient is there: a negotiated agreement. For too many years, Switzerland has been bobbing along in European political backwaters. We now urgently need a broad, in-depth, intensive - and above all honest - discussion about our place in Europe. And that can only be done with a people's vote.

Out of sheer fear of getting their fingers burned

More and more helpless politicians of all factions want to kill the agreement and postpone the most important question for the future of Switzerland as a workplace and innovation hub for the umpteenth time. This lack of vision and courage can be explained by partisan interests. There are elections in 2023 - so the declining governing parties cannot find the momentum to finally tackle the biggest structural problem for Switzerland. For fear of burning their fingers, they are not serving up the finished dish to the electorate, but are simply dropping the hot potato.

Yet partisan, business, and individual interests must not be allowed to take precedence over the interests of the entire population of Switzerland. The IFA is tailored to the country's interests: it guarantees that our innovative economy will be connected to European and global value chains in the long term. But most importantly, it is a contribution to the European project and the protection of democracy, freedom and the rule of law. Such a commitment is more important than ever in times of global authoritarian power claims that lead to geopolitical rivalries.

There are no viable alternatives

There is one thing we must not forget in the ongoing break-off discussion: No one currently has an alternative to this agreement. Even those who want to deny voters a vote are not offering anything as an alternative except waiting and procrastinating.

The status quo is not an alternative. The market access agreements and thus our relationship with the European project are already in a process of erosion. It is almost like climate change: everyone knows what is going on, and yet no one has the courage to take effective measures. A break-off is ultimately a bet that nothing will change - and such a bet can only be lost. Europe will move on. Globalisation will move forward, even if Switzerland is busy looking at itself in the rear-view mirror.

Today's framework agreement is the result of years of negotiations and a decades-long legacy. If, after a break-off, it is realised that sooner or later Switzerland needs new agreements with Europe and to update existing ones, it will take at least as long as it did this time to come up with a draft for a tailor-made institutional solution. Under worse auspices, however. And under greater political and economic pressure. It is therefore an urgent problem that we are about to put on the back burner.

A people's vote is the only way forward

Ultimately, there is no alternative to submit this crucial question to voters. Regardless of the outcome of the follow-up negotiations, the Framework Agreement must therefore be submitted to a popular vote. If the Swiss government avoids this clarifying debate, a different proposal to set the course for European policy will have to come sooner or later. After all, civil society and those industries that depend on access to the internal market have enough horsepower on the road to bring about a referendum.

It is time for Swiss policies on European issues to become more democratic. The Swiss have repeatedly proven that they can decide on European policy proposals in a forward-looking and pragmatic way. They should also be allowed to do so on institutional issues too.